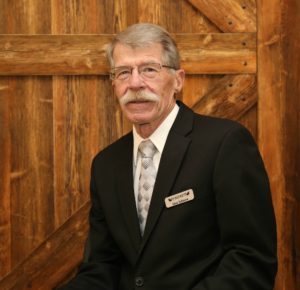 Max was born in Williams Lake British Columbia, and raised in Raymond Alberta.  While attending Lethbridge Community College, Max started working in the Funeral Business.  He then completed his apprenticeship in Calgary where he received his Funeral Directing Diploma through Cy Foster Funeral Services.  Max has been serving Southern Alberta families with honesty and compassion for over 50 years.

Max is father to 4 sons and 1 daughter and married to Barbara who has 2 sons and 3 daughters.  In his spare time Max enjoys jogging in the coulees, skiing and spending time with his grandchildren. 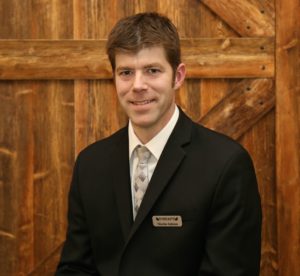 Nicolas was born and raised in Lethbridge Alberta.  He is a third generation funeral director.   Nicolas grew up in the funeral business and has always had a passion for helping others.  He knew from an early age that the funeral business was his calling.  The late Robert Salmon, Nicolas’ grandfather, was proud to serve Lethbridge and area as funeral director and Nics father, Max Salmon, continues to serve the community as a funeral director.  Nicolas attended the Canadian College of Funeral Service where he received the Embalming Technologies Award.

Nicolas has a passion for traveling.  He taught English as a second language in South Korea with his wife Allison, as well as traveled throughout Asia, Central America and Australia.  He has 2 dogs that he enjoys going to the dog run with, as well as 2 cats.  Nicolas’ wife Allison, is a teacher here in Lethbridge and they welcomed their first child, Gabriel, this July. 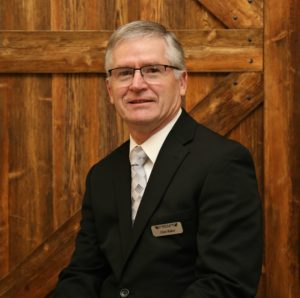 Glen was born and raised in southern Alberta.  Upon graduation from the University of Calgary he and his wife Judy returned to Lethbridge to raise their three sons.  After completing his professional accounting designation requirements, his career transitioned from public practice to private industry and then to academia, retiring from the Faculty of Management at the University of Lethbridge in 2013.

He and Judy enthusiastically support their children and six grandchildren, attending their many music and sporting events. They enjoy family camping excursions to the mountains, hiking and exploring the natural beauties found there.

Glen has developed many lasting friendships through his career, involvement in community organizations and church, and looks forward to continuing his service to the communities of southern Alberta. 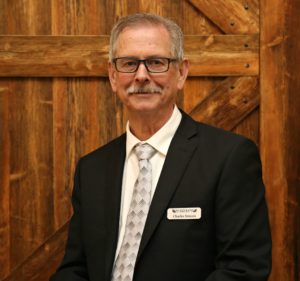 Charlie was born in the Netherlands and immigrated to Lethbridge in 1956.  Upon completion of high school at St. Francis Boy’s School in Lethbridge he attended SAIT where he received his Journeyman Carpenter ticket. He worked for the family business for many years and recently retired from Contract Sales at Rona Building Supplies.

Charlie and his wife Judy have been friends of the Salmons for many years.  As the need arose in the late seventies and eighties, Charlie helped Max at the Funeral Home.

Charlie and Judy have 2 daughters and four grandchildren. Charlie enjoys traveling, cycling, long walks and spending time with his grandkids. 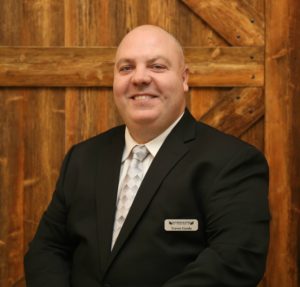 After spending 10 years in the commercial trucking industry, Trevor graduated from the Multimedia Productions program from Lethbridge College. He spent the next few years at the University of Lethbridge as a videographer and new media developer. With a passion for serving, Trevor entered the funeral service profession in 2011 and graduated as a licensed funeral director and embalmer in 2014 from the Canadian College of Funeral Service. Trevor is pleased to join the team at Salmon & Sons, and looks forward to continuing his service to the members of his community. 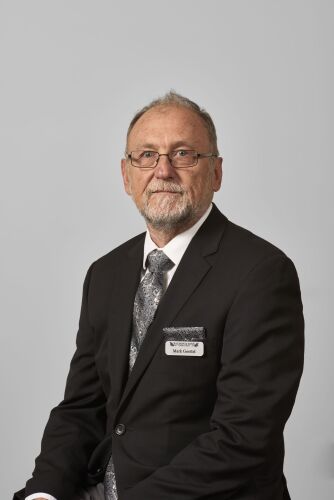 Mark was born and raised in Cowansville, Quebec.  He moved out West in 1988 to work at the Lethbridge Research Center and has been in Lethbridge ever since.  Mark is a world renowned scientist and is frequently invited to lecture at universities around the world.  Since retiring, he enjoys gardening, hiking and  volunteering with the Scientists in School program where he presents workshops  to stimulate interest in science in elementary school aged children. Lethbridge 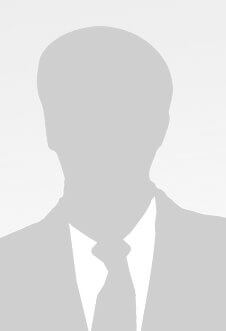 Ewald Granson was born in Lethbridge. He graduated from Kate Andrews High School in Coaldale and went on to earn a Bachelor of Education degree from the University of Lethbridge. During his university days, Ewald worked with Max Salmon at the Funeral Home and became involved with helping families cope with their loss. After graduating from the U of L, Ewald went on to teach for 34 years in the High River area.

Ewald and his wife, Myra, raised three boys and now have three grandchildren. Ewald retired from full-time teaching in 2014 and happy to join his nephew, Nicolas Salmon and the team, at Salmon and Sons Funeral Home. 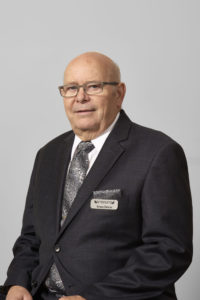 Bruce was born and raised in Raymond and has lived in Southern Alberta all of his life. Lethbridge has been his home for the past 22 years. He spent his working years in various jobs and retired from a successful career in automotive sales in 2016. He now works part time with Salmon and Sons Funeral Home as a pre-arrangement specialist and enjoys his time-off with his wife Marlene.  He also enjoys woodworking, (building items for the grandkids), classic cars and his daily walks and exercise. Bruce and Marlene like to travel and to visit family members in the U.S. and Canada and enjoy visiting places they haven’t seen before.