Share a memory
Obituary & Services
Tribute Wall
Read more about the life story of Joyce and share your memory.

Mom had been burdened with dementia and spent the last 13 years of her life in the special care of the North Dementia ward at St. Therese Villa in Lethbridge.  She was predeceased by her late husband, James Glynn Cale.

Mom has joined her family in Our Heavenly Father's Kingdom. She was predeceased by her loving parents; William Peter Dow and Emma Lucy (Gibb) Dow.

Her loving sister and brother-in-law June and Gordon Sivertsen, along with many many nieces and nephews are left to mourn her out of her large family.

Mom was born December 26, 1932  in Raymond, Alberta and eventually moved with her family to a farm near Diamond City, Alberta. She was baptized in The Church of Jesus Christ of Latter Day Saints. She graciously served our Lord by helping her Mother and Father around the farm and helping with her younger siblings.

She was working at Aunty Wilma's farm north of Picture Butte around the time she met our Dad who courted her while showing up on his horse at Aunty Wilma's farm. Mom had a fear of horses, however she fell for Dad despite the horse. They married on June 29th, 1951 and moved to Lethbridge where she remained until the time of her passing.

Mom loved her family and was close with all and especially with our Aunty June, Aunty Ginger, Aunty Margaret, Aunty Maxine and her brother Blaine, who remained lovingly supportive to her  throughout her life and during her struggles with dementia. While we were growing up they visited us often and they would giggle for hours together. One time after mom's memory was no longer strong, Aunty June came to visit her and sang "Let it Snow" by Frank Sinatra to mom and she would light up and sing with her.  Mom remembered that moment and song and would sing "the weather outside is frightful..." every time she would have visitors.

Mom was a good homemaker ensuring her house was clean and tidy and loved to decorate, she took pride her homes. She always welcomed her family and friends at any given time.  She was a loving mother and made sure that we were always at our best.

Once her Grandchildren came along she loved spending time with them when they would come to visit. Mom was a proud Mother and Grandmother. She will be dearly missed.

After raising most of her children she went to worked for Trans Canada Freezers and took pride in her job and even worked with her oldest daughter Wendy for a period of time. After she retired she continued to serve others by being a nanny for a family near by.

After her and our Dad parted ways, she eventually met James Glynn Cale who won her heart and they eventually married and were together until his passing in 2011.

Mom loved to garden and tend to her flowers and plants, her yard was always so beautiful. I have so many wonderful memories of her singing and dancing around in our house and she also went out dancing at the Legion on Saturday nights when she was single. She loved to walk every day for miles even in the winter, until her memory began fade. However, after she moved to St. Therese Villa she continued to walk around her ward all day until she couldn't walk any longer.

Mom loved her care givers at St. Therese and would often given them some grief, but she loved them just the same. She called them "honey".

We wish to thank Mom's nephews Keith Lawlor and Joe Lawlor for giving Mom a Blessing just prior to her passing and to Aunty June, Keith and Roberta Lawlor for their support in planning her departure.

The family wishes to thank the staff at St. Therese Villa for all of the years of treating mom like their own and to Salmon & Son's Funeral Home for their kindness and compassion during this most difficult time.

Joyce will be cremated and will be laid to rest at the Dow family plot in Magrath, Alberta in the springtime when the weather is warm and the pansies are up.

To send flowers to the family or plant a tree in memory of Joyce (Dow) Cale, please visit our floral store. 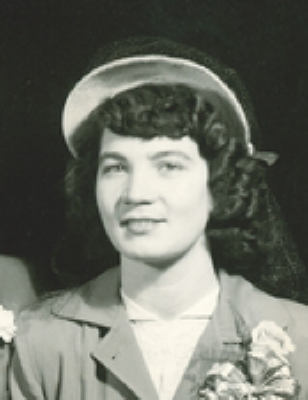 You can still show your support by sending flowers directly to the family, or by planting a memorial tree in the memory of Joyce (Dow) Cale
SHARE OBITUARY
© 2023 Salmon and Sons Funeral Home. All Rights Reserved. Funeral Home website by CFS & TA | Terms of Use | Privacy Policy | Accessibility