Share a memory
Obituary & Services
Tribute Wall
Read more about the life story of Hiroshi and share your memory.

HIROSHI “SPUD” KITAGAWA passed away in Raymond Alberta on December 23, 2022 at the age of 94 years.

Spud is survived by his nephew Alan of Calgary, his niece Susan of Calgary. He was predeceased by his parents Heizo and Soma and his brothers Mas (Betty) and Mike (Amy).

Spud was born in Vancouver, BC and moved to Raymond, AB in 1942 and where he lived for 80 years.

He was a mechanic in Raymond and worked at Tucker’s Auto Service for 30 years, was a volunteer fire fighter in Raymond for 25 years and a member of the Raymond Buddhist Church and Buddhist Temple of Southern Alberta.

Spud loved sports, especially horse racing, football, basketball, golf, curling and hockey. He was an avid fan of the New York Yankees, Detroit Red Wings and the Raymond Comets who awarded him a lifetime pass to all home games which he used regularly.

Spud was a kind and caring man. He will be missed by his family and numerous friends.

The family would like to thank Robert and Judy Takaguchi, Brett Ralph and the staff at the Raymond Health Centre for look after Spud in his last few weeks.

Cremation has been entrusted to Salmon and Sons Funeral Home. He will be interred in the Temple Hill Cemetery at a later date.

In lieu of flowers or koden, memorial donations may be made to the Buddhist Temple of Southern Alberta, 470 40 St S, Lethbridge, AB T1J 3Z5.

To send flowers to the family or plant a tree in memory of Hiroshi "Spud" Kitagawa, please visit our floral store. 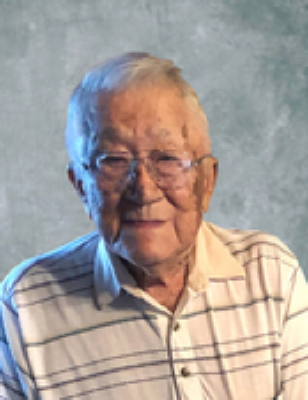 You can still show your support by sending flowers directly to the family, or by planting a memorial tree in the memory of Hiroshi "Spud" Kitagawa
SHARE OBITUARY
© 2023 Salmon and Sons Funeral Home. All Rights Reserved. Funeral Home website by CFS & TA | Terms of Use | Privacy Policy | Accessibility