Share a memory
Obituary & Services
Tribute Wall
Read more about the life story of Harvey and share your memory.

HARVEY JOSEPH BELL of Lethbridge, went to be with the Heavenly Father on November 8th, 2022, at the age of 72, after a tough but brief battle with his heart. He was predeceased by his paternal Mother Janny Yvonne Bell and father, Alfred Joseph Bell of Ontario. He is survived by his beloved wife of 43 years, Mary Bell, his only daughter, Candace Hillier (Terry) and his beloved granddaughter, Victoria Hillier of Lethbridge.

Harvey was brought into this world on June 3, 1950, in Ancaster, Ontario as the fifth youngest into a family of 12 other siblings. He was predeceased by his sister, Doreen, and brothers, Ray, Andy and Eddie. He is survived by Marlyn, Rose, Theresa, Rita, Leo, Joe and Kevin.

After arriving in Lethbridge, Harvey spent much of his time working at Carline Muffler where he made friendships that lasted a lifetime. At Carline Muffler, he was able to live out his passion of vehicles and "fixing" everything he could, whilst maintaining his love for people. Harvey sadly ended up retiring September of 2019, to look after his wife who got diagnosed with dementia. His tenacity was admirable during this time. Harvey spent many years lovingly taking care of Mary until it became too much to bear and after a lot of heartache and difficulties, he finally managed to get her into St. Michaels where she was able to receive the constant care she needed. This was very indicative of the man Harvey was and is often described as someone who always went above and beyond to help his loved ones until he no longer could.

At the age of 57, Harvey was diagnosed with non-Hodgkin's lymphoma. While this seemed like the end of the world to everyone around him, he will always be remembered for his positive and cheerful spirit during some of the darkest of his days. After he went into remission he wanted to give back to the those who helped him beat cancer. He began to make bracelets with all the different colours that represented different types of cancer for the Chinook Regional Health Centre so that others could give a donation and show awareness for whatever battle they may be facing. All the proceeds went to the cancer centre.

Harvey always had a zest for life and could often be found outside in his beautiful yard soaking up the sun or fixing up different items for himself or for his friends. A quote we all lived by was "If Harvey can't fix it, it can't be fixed!"

He will be remembered for never passing judgement on anyone and lighting up the room with just his smile and sparkling blue eyes. Harvey will be greatly missed and forever loved by all the people who's lives he touched deeply.

Please click this link to view the live stream of the service.

To send flowers to the family or plant a tree in memory of Harvey Bell, please visit our floral store. 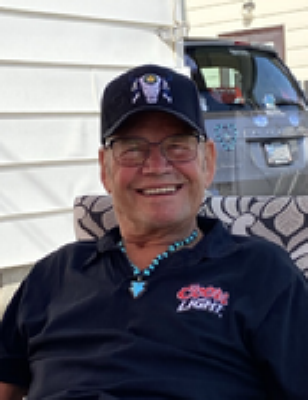