Share a memory
Obituary & Services
Tribute Wall
Read more about the life story of Akira and share your memory.

He also is survived by two brothers and their wives Kazuya and Fusako of Placentia, CA; and Shinya and Jayne of Durham, OR; three sisters, Etsuko Osaki (Herb, deceased) of Portland. OR; Noriko (Milnes) Kurashige of Culver City, CA; and Hiroko (Lockwood, deceased) Dennis of Boulder, CO; sister-in-law, Grace (Satoru, deceased) Ichikawa; and numerous cousins, nieces and nephews.

When World War II broke out, his father was detained separately and incarcerated in various American-style concentration camps until reunited with the family at an alien family internment center in Crystal City, TX.  Akira was detained with his family from 1942 in American-style concentration camps in Washington, Idaho and Texas, until March, 1946, at which time the family was allowed to return to Seattle.

He loved classical music and jazz, but it was in jazz which he listened to avidly from his teen-age years that he found the greatest joy and comfort.  He was especially fond of the music of Count Basie and be-bop artists Charlie Parker and Dizzy Gillespie.  Among his prized possessions was his Canadian citizenship he received in 2007.

A Memorial Service with livestream will be held at THE BUDDHIST TEMPLE OF SOUTHERN ALBERTA on Saturday, January 14, 2023 at 2:00pm (MST).

The family gratefully declines koden and flowers.  Those who wish, may offer a remembrance to the Buddhist Temple of Southern Alberta, 470 40 St S, Lethbridge, AB T1J 3Z5.

Click here to view the livestream of the Service

To send flowers to the family or plant a tree in memory of Akira Ichikawa, please visit our floral store. 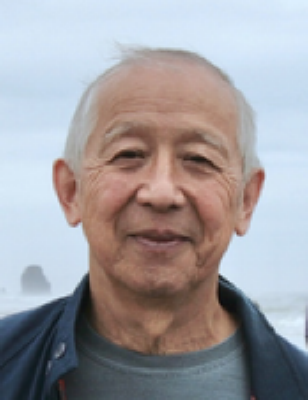